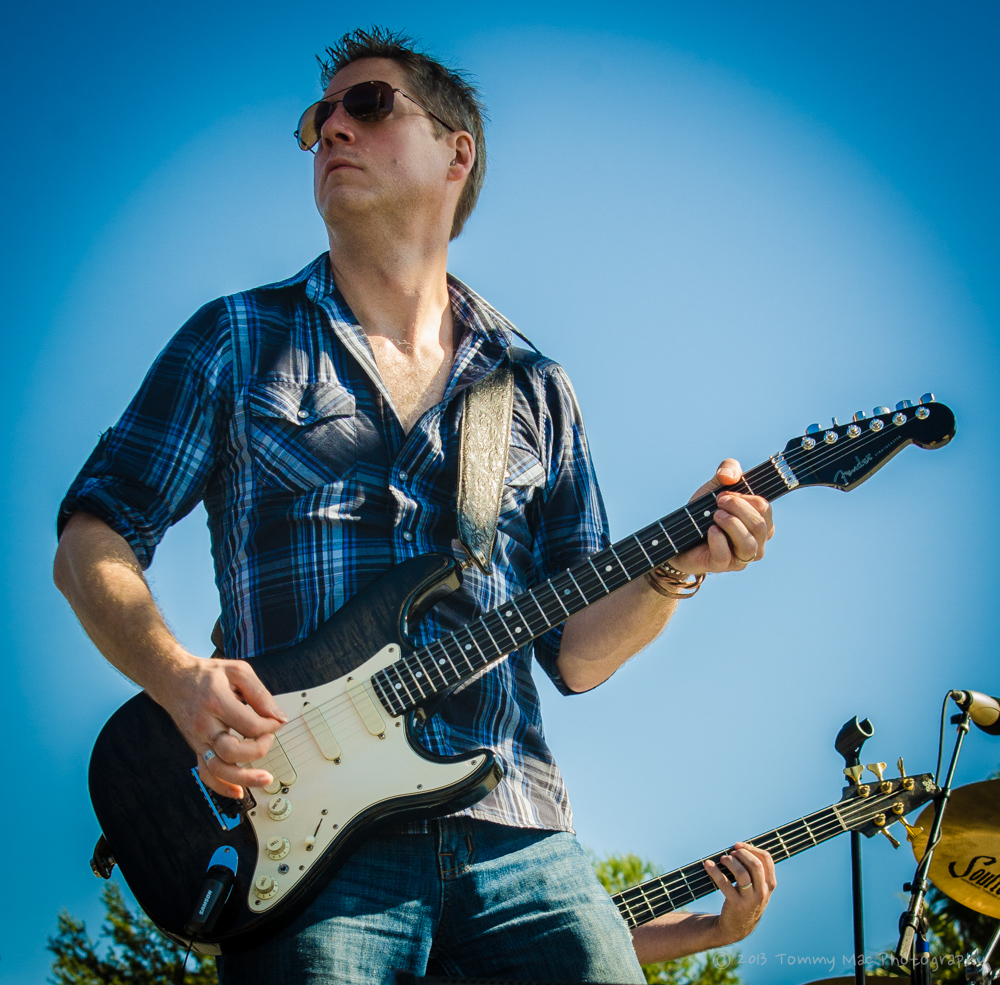 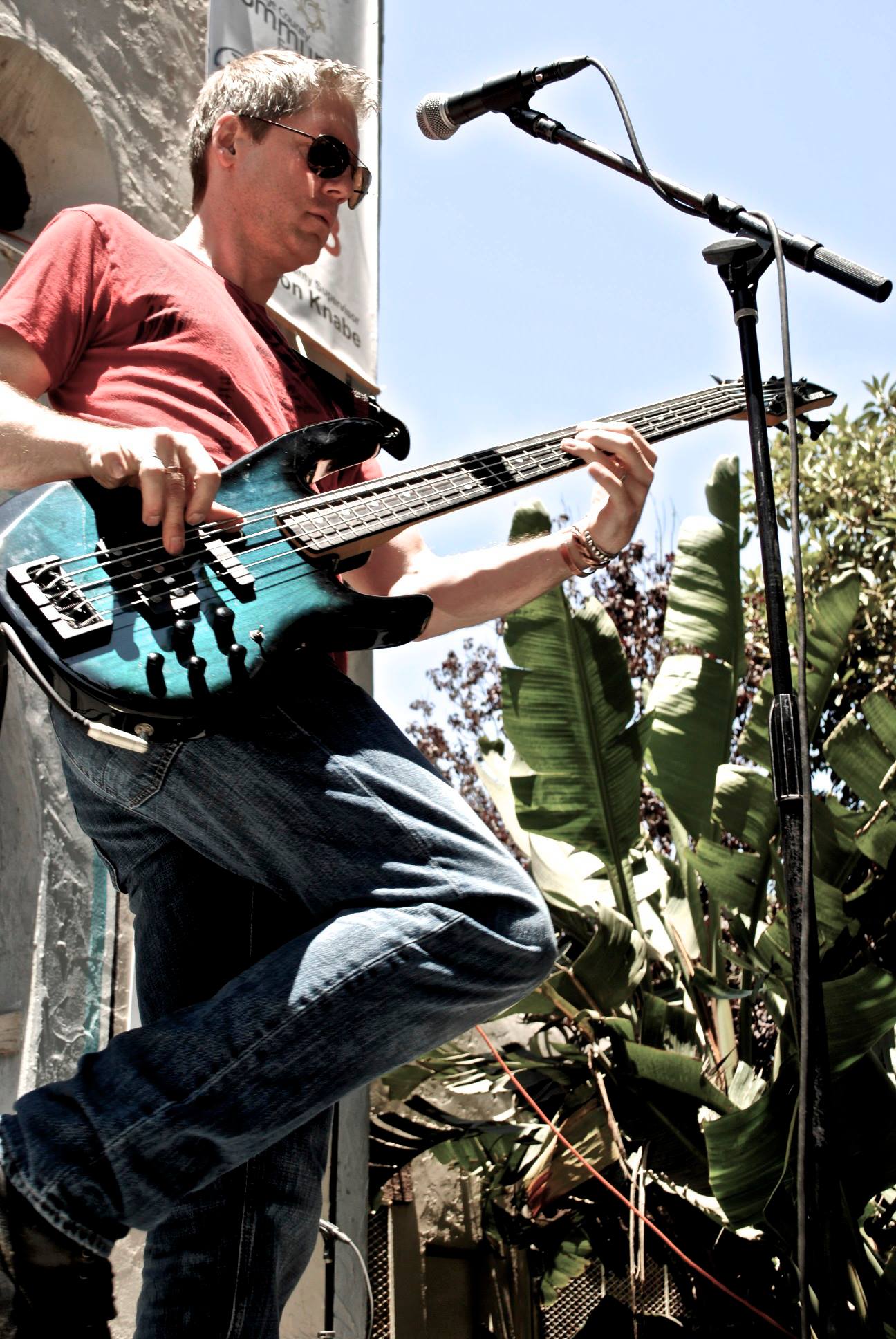 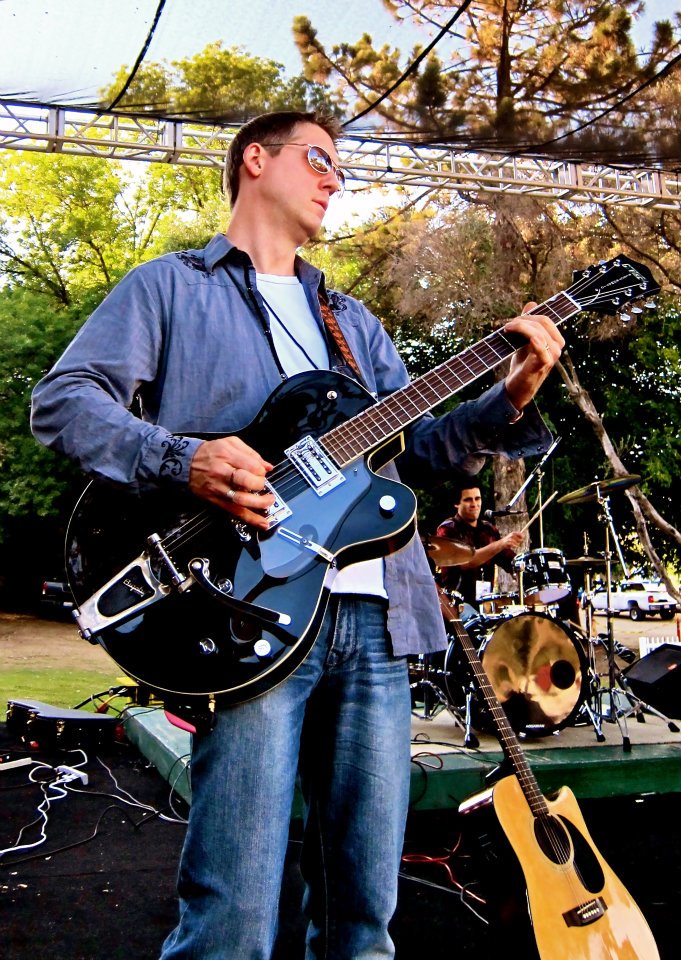 If you are a band or solo artist who is looking for a guitarist or bassist, I want to work for you.

If you are looking to learn (or improve your skills) on guitar or bass, I want to teach you.

If you are a band/solo artist that is looking for a great sounding demo, I want to record you.

Why you should consider working with me:

I have had 6 years of formal musical training consisting of a B.A. in music from Beloit College as well as diplomas and awards from McNally Smith College of Music. For the past 25 years I have been working as a full time musician and have lots of real world experience in all styles of music, covers and originals. I learn material fast, have a professional attitude, professional gear, and am 100% reliable.

Dean Kalogris Band at USC Fanfest at The LA Coliseum

I Want My 80’s at The Tavern in Ventura

CRV at (private event) in Solvang

Highway Starr at Discovery in Ventura

All In The Groove – demo
(guitar, engineering, production)

I started teaching guitar and bass lessons in March of 1994 and have been teaching continuously since then, averaging about 35 students per week.

I currently teach at my home studio in Sherman Oaks, California.

Some facts about my teaching style:

I don’t have a specific method for teaching my students, but rather tailor the lesson to fit the interests of each student. This could include such ideas as learning songs (of any style), learning musical fundamentals, rythms, theory, working on improvisation, soloing, and technique.
I don’t use (or require you to purchase) any specific guitar method books. Instead I give handouts and written material designed for each individual student.

Many of my students bring in cds of songs they want to learn. Learning songs is an important part of learning an instrument, plus it’s fun! I can normally chart/tab out a song very quickly whether I’ve heard it before or not. Sometimes the tabs that you can get off of the internet can be helpful for learning a song, but often I have to correct a lot of mistakes on them.

In general, I teach all skill levels and all styles of music. However, if you are looking for advanced speed metal, classical or jazz guitar lessons there are more qualified instructors in that area that specialize in those specific styles of music.

Some observations I’ve made regarding teaching:

The purpose of lessons is to give you information and answer the questions that will help you to get closer to attaining your goals on the instrument. However, all the lessons in the world will be meaningless if you don’t put in the required effort to practice.

Everyone learns at a different pace. Because of this, group guitar lessons can be a real disappointment to anyone who learns above or below the average pace of the class. It also makes it impossible to estimate how long it will take for an individual student to be able to attain basic competency on the instrument.

Not only does everyone learn at different pace, but everyone has a different level of time that they commit to practicing. The industry standard practice of the weekly lesson is not the best solution for everyone. That’s why at my home studio I offer flexible scheduling: you decide how often you want to have lessons.

Music stores are not necessarily the best place to take lessons. Obviously, these stores exist to sell musical gear. They offer lessons simply as another means of selling equipment, books etc. This is not to say that there aren’t qualified teachers at these stores. It’s just that often they have to walk a fine line between being a teacher and being a salesperson.

In 1987 I bought a Tascam Porta One 4 track recorder. I loved the idea of being able to record multiple tracks in order to create actual songs. The concept of a 4 track seems so quaint now, but in ’87 the $475 I spent on it represented a major investment in recording technology.
For the next 7 years that 4 track was witness to my rapidly evolving musical style as well as the numerous bands that I played in during that time.

Back in 1994 I started building the studio that I would eventually call Bijouxland. The 4 track was retired, and I based the new studio around a single Tascam DA-88. Bijouxland was a very small space, but was on the 6th floor of a building and had an excellent view of downtown Minneapolis. I know some engineers will cringe at this, but I often used to keep the windows open to let the urban din that was all around the building be present on the recording.

Unfortunately, the Bijouxland space had some downstairs neighbors who were not particularly enthusiastic about loud noise such as drums and cranked guitar amps.

The studio was moved to it’s present location in the fall of 1997 and was renamed The Amusement Room Studios based on the fact that it’s located in the part of a house that used to be an amusement room…..get it?

To be really accurate, while most of the studio occupies what was the amusement room part of the house, the drum room is where a bedroom used to be.

In celebration of the new location I bought a Tascam DA-38, making the studio a 16 track digital studio. After much work, the studio was up and running again by the fall of 1998.

At the end of 2002 I decided I had had enough of the winters in Minneapolis and moved the studio to L.A. And so a new chapter begins as I rebuild the studio in this new location.

Recording is supposed to be fun, right? I love recording and the whole creative process that goes along with it.

Unfortunately, many studios that I have recorded in have not been very conducive to the creative process as well as being a tad too expensive. It’s tough to relax when you’re always looking at the clock!

I built this studio primarily for my own use so that I could record whenever the creative urge hits me. Along the way I also realized that I greatly enjoyed helping others create their own music, and so I decided to start letting other people record here also.

This is a great place to record a demo, either as a full band or as a solo artist. It’s not a big studio with a prestigious name, but you won’t have to take out a major bank loan to record a cd here that you can be proud of.

I make my living as a guitarist, from both playing and teaching. I also play bass, drums, and a litttle bit of keyboards. I can help with arranging and adding additional musical parts as needed.

These services are billed at the standard studio rate, making them really affordable for the solo artist who wants a full band sound but without having to put together a full band.

Additional session musicians are also available. Their rates vary and are negotioated on a case by case basis.

Interesting technical fact:
When I was wiring the studio I utilized the Furman Balanced Power concept. This is a proven method for reducing the background noise level in audio wiring and it contributes greatly to the clean sound I get in my studio. Unfortunately, since it is somewhat expensive to install (the tranformer costs about a grand) and is not something that most people would ask about, it is rare to see this method used in project studios. Alot of engineers don’t even know what it is, which is sad because it really does work well.

Some artists who have recorded here:

The standard studio rate for all services is $20 per hour.

Originally from New Hampshire, Scott Felton grew up immersed in music.  His earliest memories revolve around listening to music as his father had a vast and eclectic record and 8-track collection and his mother practiced classical piano pieces daily.    While Scott took piano lessons, clarinet lessons,and sang in a choir as a child,  he didn’t find the experience of actually playing music to be inspiring until he started playing guitar & bass in bands as a teenager.  He was self taught on both those instruments until he went to Beloit College in Wisconsin where in addition to studying guitar and bass he also began studying drums and ultimately graduated with a B.A. in music.  After graduation, Scott moved to Minneapolis where he graduated from both the Professional Musicians Program and the Advanced Professional Musician Program at McNally Smith College of Music.  Upon gradutaion, Scott was awarded the Outstanding Advanced Musician Award.Since then Scott has been a full time musician, performing with many high end cover, tribute, and corporate bands as well as occasionally working with original artists in both Minneapolis and Los Angeles.   In addition, he teaches guitar and bass lessons and owns a small recording studio.

My music is completely instrumental and tends to blend musical genres a bit, so the catagories are generalized. I have engineered, produced, and played all instruments myself. To download a song or sample in MP3 format, simply click on any song title.

Did I Ever Tell You?

Running Through The Grass

The Search For Meaning

Group Recordings:These songs showcase some of my work with other artists covering several distinct musical genres.

The Gourmet Apes – Who Am I?

The Weemasters – Everyone I Know

The Weemasters – Where Were You Today

P-Nut Johnson – There Will Never Be Another You

The Gourmet Apes – Paris 3AM

The Chronic – So Smooth

Jason Ballard: bass on Paris 3AM

Chris Kollman: drums on Paris 3AM